October , 2021 / Comments Off on 7 Transitional Stages of Money 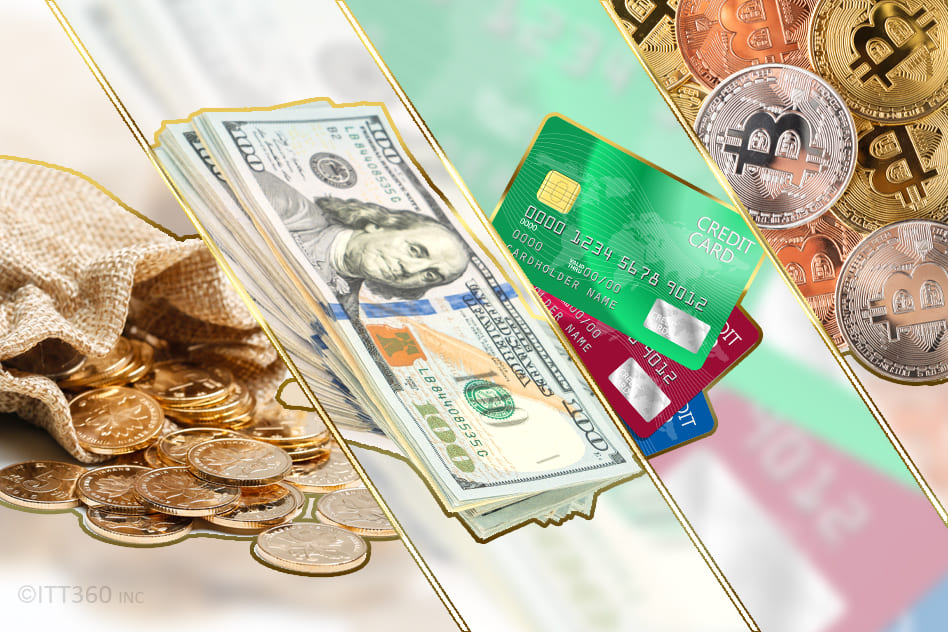 Did you ever wonder how money invented? In ancient world how people used to do transactions? What was the methodology of buying and selling in olden days? Let’s have a little walk-through history.

We’ll begin with the system that started it all: The Barter System. A barter system is where goods and other services gets exchanged in return. This system has been used long before money was invented. People used to exchange goods in order to do buying and selling.

According to this method people used to exchange equal amount and value of goods and services. In ancient times home grown organic food, crops, barley, war weapons and tools, goat milk, shells, and valuable household items were being used as money. When the early human shifted from hunting to agriculture, goods like wood, wheel, agricultural land became the medium of exchange.

Barter system has been used for centuries and still exists even in this modern digital world. There are plenty of apps where you trade if you have same value and worth of good in order to exchange instead of currency. In this most interconnected era in history world has become a Global Village. Information accessibility has increased significantly. Digital retail platforms, websites, online buying and selling through modern apps still allows trading with this same barter method.

Barter system can be seen in modern recreational industry too where visitors can exchange their places to visit each other’s country. Travelers can trade their home with other visitors as a temporary vacation place. For many of us who don’t know but yes, this is happening in this modern world; and of course, it has its own pros and cons. With all this we can see the barter system is still alive and still being used in one way or another.

Then comes the era of gold and silver usage as money. If you wonder how old is gold on the planet earth? A research team of geologists by the University of Arizona has discovered that on planet earth the gold is around 3 billion years old. With passing time, as villages became town and advanced town turned into civilization, goods that were being used in barter system was replaced by precious items like Gold and Silver for monetary use.

According to some researches the first real gold coin was made somewhere in the 5th century BC. However, based on geologist’s discoveries it seems that even if these coins have been produced in the 5th century BC, they were not being used in commerce until the beginning of the 6th century BC. According to some scholars, the oldest coins in the world were made out of electrum, a mix of gold and silver. These early coins were minted around 600 BC in the kingdom of Lydia, which is now a part of the modern country of Turkey. The Lydian Stater is widely considered the oldest coin in the world.

After barter system gold coins circulated around the world as the medium of exchange before the introduction of paper money. We can see how gold has always played an important role in the international monetary system.

In ancient times, when merchants and wholesalers were facing the problem of carrying heavy bulk of gold, silver and copper coins the desire came into place to avoid the heavy bulk of coins in large commercial transactions. As the solution to this problem promissory notes came into place. Promissory notes appeared during the Tang dynasty in China. A promissory note was made by legal departments or other licensed authorities, where on a legal paper one party promises in writing to pay a determinate sum of money to the other party. Merchants would issue what are today called promissory notes in the form of receipts of deposit to wholesalers to avoid using the heavy bulk of copper coinage in large commercial transactions.

True paper money, called “jiaozi”, developed from these promissory notes by the 11th century, during the Song dynasty. These notes were a promise by the ruler to redeem them later for some other object of value. The central government soon observed the economic advantages of printing paper money. By the 1120s the central government started to produce its own state-issued paper money (using woodblock printing).

The Middle East region had one of the most vibrant economies in the world from the eighth century until the end of the eleventh century, “the Golden Age of Islam.” The check had its origins in the ancient banking system. Muslim economists along with the scholars and economists around the world have had played an important role in developing early monetary economy system. Innovations introduced by early economists includes check, saving account, transactional account, and importance of banking institutions for loan and deposits.

A check is an official document provided by the bank to their clients on which payer orders the bank to debit a specific amount from his account and credit it to whom it has been issued for. The use of check facilitated large transactions, predominantly international trade by eliminating the need for merchants to carry large quantities of currency such as gold and paper money to purchase goods and services. Bank check switched the whole game and made it more convenient to do higher number of domestic and international transactions.

In 1950s the advancement of technology in banking industry and financial institutions took it all to another level. Ralph Schneider and Frank McNamara issued a charge card by the Diners Club in 1950. The Diners Club card used to work like a charge card, directed at the travel and entertainment markets. This idea freed the customers from carrying an excessive amount of cash. However, Diners Club card wasn’t truly a credit card. Instead, it was a charge card that required the cardholder to pay and clear the entire balance off each month.

Payment cards which facilitate electronic fund transfer took it all to another level and made local and international transactions swift and convenient throughout the world. Such cards are known by a variety of names including bank cards, ATM cards, Visa card, debit card, client cards. These modern payment cards can be called smart cards since they contain a unique card number and information enabling various machines to read and access authorized data. Today the technology in modern payment cards and devices enable consumers to wave or tap their card or handheld device over a point of sale (POS) terminal to do a smart and fast checkout. For making secure payment, modern technology has reached to the point where it allows customers to do swift and contactless payments.

For instance: NFC (Near Field Communication) technology allows users to make secure transactions, exchange digital content, and connect electronic devices with a touch. NFC is the modern technology in contactless cards, this technology enables communication between two electronic devices and the most common use of NFC technology in the smartphone is making payments secure and highly efficient. The information stored on the device is heavily encrypted and is secured with dual factor authentication.

Digital currency is any currency, money, or money-like asset which is cloud based predominantly. Digital Currency is managed, stored or exchanged on digital computer software systems. This currency is available only in digital or electronic form. It is also called electronic money and electronic currency. Digital money is not physically tangible like paper money. Innovation and technology have come to the point where Bitcoin, Ethereum and many other cryptocurrencies exist today.

Cryptocurrency is a sub-type of Digital Currency. Around the world when it comes to the Government level, some of you must have heard of a new term called CBDC (central bank digital currency). A CBDC is a virtual format of a fiat currency for a particular nation, that will be issued, managed and regulated by its monetary authority and will have a full backing of its government. It has led governments and global central banks to research how national digital currencies would work. This project is still under ongoing researches as to what kind of system would be needed to make it all happen.

The global economy is projected to change predominantly by digital currency. However, digital currency has no physical presence and it’s intangible. How general public will trust such a commodity? Undoubtedly, it would be amazing to witness.

Speaking of the advantages of digital currency for instance, let’s talk about money transfer. Traditional money transfer often takes more time during weekends, ACH or wire transfers, take days for financial institutions to confirm a transaction. With digital currency, transfer of money would be much faster and convenient as money can be accessed any time; weekends and business hours won’t slow the process of domestic and international remittances. Let see where it all takes us now and how it finds its way to general public.

Throughout the history we saw how money has evolved. From technology advancement to innovative things like paper money, payment cards, tap payments, electronic wallet, mobile wallet and digital currency. Isn’t it astonishing to see the transition of money and payment methods? Innovation and advanced technology have minimized the risk of fraudulent activities throughout the finance industry. To sum it all up, I must say, change is inevitable and transformation the finance industry has made is phenomenal.

Learn how we can help you: http://remitanywhere.com/

For more information, advice and support, contact sales@remitanywhere.com or call 646-722-9500. RemitAnywhere would be delighted to help grow your business.

Written by
H. A. Tepha